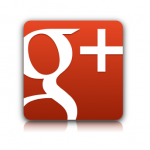 Google just announced via their Google+ account, that Google+ photos would be shutting down. You can read it here Goodbye Google+ Photos, hello +Google Photos!

They also posted something on the support page about it.  Google+ help support What’s happening to Google+ Photos?

I find this to be an interesting development, when Google released Google Photos in May 2015 they upped the number of photo sharing applications from 2, Picasa and Google+ photos to three, add the fact that they also started getting dumped on Google drive at some point and you have four. I had wondered how they intended things to work together. Do we really need four places to upload our pictures? How is Google going to deal with development on these different projects?

Sometime last week a few articles began circulating about the Google Photos mobile app automatically uploading pictures to Google photos even after the app is deleted from your device. On my way to work, I started to wonder how this could happen. The Google Photo mobile app should not be uploading pictures once it had been uninstalled. I began to wonder what if it was part of your Google account. I have my android phone set to automatically back up my pictures to google+. What if Google had stealth added Google Photos to our Google accounts; just like that setting I had uploading to Google+. I began to wonder why they would do that if they had them on Google+ already. Why have the option to automatically upload to Google+ if we were going to have stealth picture upload to Google Photos? I think I have my answer now.

I have been working with the Google+ API for a while now. I know of and have signed a number of issue requests for the Google+ API, in my opinion Google+ is very unloved by Google at this point. I wonder why they released it if they do not intend to develop it further.   Now they are removing Google+ Photos I again wonder what will they do next with Google+?  Do they have another project waiting in the wings to replace Google+?

So I guess we will all now be forced to start using Google Photos wither we like it or not. I dont mind Google photos I think it has some nice features, it is IMO much better then say Inbox when it was released. I am still not using Inbox.

One thought on “Google+ Photo shutdown”