Come find me on my

How it all started

Daimto started in August of 2013 after I noticed a lot of people online having trouble retrieve their data from Google Analytics API. I have been working with Google API’s since 2012, in my current job. When I first started I had a lot of trouble figuring out how to access the Google API’s. There is a lot of help on line but not a lot of it is related to .net so I thought it was time to fill that gap. With my blog posts I will try and help anyone trying to access data through the Google API’s.

One of the things I would like to point out with about my tutorials is that they are designed for simple use. I am self-taught C# .net, I have yet to learn the fancy stuff like inheritance design patterns and unit testing. The simple examples you will find in my blog work, if you want to super charge them go right ahead. My tutorials are for everyone and everyone can read them. 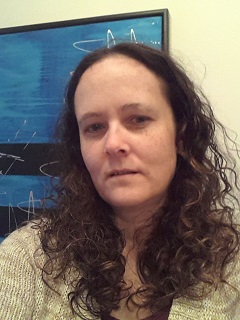 My name is Linda Lawton I graduated from Newberry College in 1994, this was an exciting time to become a computer programmer.    One of the things I like to point out to beginner programmers is that when I went to collage everything was dos based, windows 3.1 was so new they hadn’t installed it yet.     Shortly after collage I began working with Oracle 7 and Oracle 4.5 I soon found that I really enjoyed working with databases.    At the time the Database was installed on a Digital Unix box.   I was young strait out of collage and had never heard of Unix  I soon became engrossed in learning everything UNIX,  I even went as far as learning VI.  I still miss VI everything was so much faster with VI.     Soon after i discovered Linux and I ran my own Debian Linux server at home for over 10 years I finally shut it down 6 years ago when it became cheaper and easier to just buy hosting then dealing with hosting it myself.

My work with databases has never stopped I have worked  with everything from  Oracle, MySQL, Postgresql and Microsoft Sql Server.    I spent 5 years working with PHP,  In the last 9 years most of my experience has been with Microsoft products,   VB 6, VB .net, a year learning ASP.net.   In the last 3 years I have been working almost exclusively with SQL Server and C#.      About a year ago I began working with some of the Google API’s it started with the Google Analtyics api I created a SSIS custom connection manager and Datasource reader to download the information for use with a business intelligence system.

My work with OpenSource began a long time ago.   I’m proud to say i created a lot of the first Man pages for Mysql  they can still be found.   My last name has changed since then and i no longer run that website.   But never the less its nice to know that 14 years later your work is still out there some where helping people.   Man Page for Mysqladmin   (Manual page by L. (Kill-9) Pedersen (kill-9@kill-9.dk))  Please no comments about the use of kill-9 as a nick back in the late 90’s early 2k’s no one knew what it was back then it was a grate nick, and for a woman it was even better.

For the more personal stuff.    In 1998 I moved from Connecticut to a small town in Denmark.    Moving from the USA to a small town in a European country is not the easiest thing I have done in my life but it turned out to be one of the best.      I have a daughter who is almost 20 years old and a boyfriend that I met more then 6 years ago while playing World of Warcraft, sadly my Warcraft days ended about 2 years ago but he still plays and I stay in touch with a lot of the people i once played with.      If you still don’t think my life is strange I am also a hobby bee keeper.   That right I have my own private bee defense department in my yard,  to date i have only been stung 3 times 2 where my fault the other was just a bee out to spite me.

You can find me in the following online communities.

On MARCH 13, 2014 I became one of the first Google Developer Experts for Google Analytics.  You can read more about it in my post The road to GDE

Finally there is my applications.

The first application i started working on was Google Analytic s Import.   I wanted to extract my Google Analytic s data into a Multi dimensional database with out having to go though the trouble of making my own custom Google Analytic s  SSIS connection manager and Dataflow task.   The Google Analytic’s website is great if you want to see there graphs.   But to be able to do real analysis on the data it needs to be in a SSAS cube, for that you need to have the data.    I knew I could create a simple program that anyone could use to export there data.    That’s why the first version of the program only allows for Microsoft SQL server export and csv.   It wasn’t until later that i saw the power that the program could be able to automatically send me mails of my data every morning.   It could also automatically load my data into MySQL so that i could display information on my website.

While working on the Google Analytic’s Import program I came up with other ideas for programs to help people retrieve there data from other cloud based servers around the net.    So i decided to create Daimto – Data Import Tools.

My hope is to give you tools to that will help you extract your data from a multitude of sites simply and effectively.   The following projects are in the works.